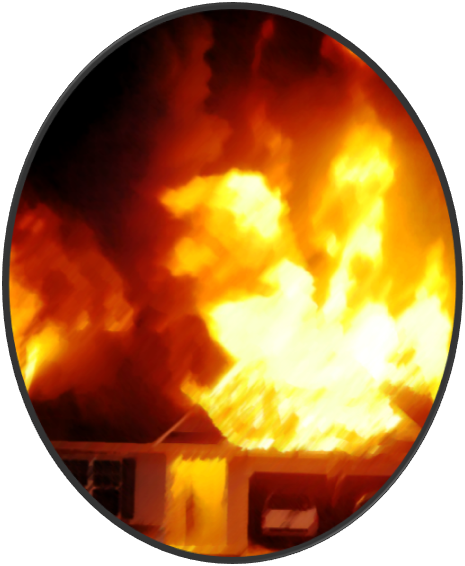 AND NOBODY’S DOING ANYTHING ABOUT IT!

This is just a quick observation about the American political scene after watching both the Democratic and Republican National Conventions.

To my knowledge, the best description of the Republican National Convention and its cultish/fascist aesthetic was offered by comedian Trae Crowder. “…a bunch of fucking arsonists standing in your burned down house like, “look, I hear ya, but think about how gay and full of Mexicans your next house could be…”

Okay. Perhaps this is unfair to a certain extent. After all, many of the problems that plague us, the flames that burn us so to speak, were set long before our current administration. The bottom line is, however, that today we find ourselves at an historic confluence of very negative forces in our society.

Racism is nothing new to our society, let alone abusive police forces. Most Americans have long been living in an economy that is tenuous in the best of times, ruinous in the worst. America has always been an arena in which contests for social justice play out…sometimes violently. Furthermore, our politics has always had to navigate the precipice of skepticism, cynicism, and dogmatism.

These forces are not new.

The new element is the incendiary combination of a profoundly incompetent and corrupt leadership trying to govern in the face of a globally consequential crisis that it is not able or willing to deal with. To compensate for this clear incompetence our leadership seeks to sow conflict, confusion, and conspiracy theories–the exact opposite of what needs to be done.

Now we have political factions actively shooting at each other. When that dynamic becomes the norm…that’s called a civil war.

At this point it is clear. The house is on fire!

The big problem goes much deeper, however. After watching BOTH conventions my mind kept wandering to this famous performance by Jeff Daniels…

Now a couple of caveats here. I don’t believe that the young girl represents the “worst period generation period ever period.” Also, I don’t subscribe to the golden age nostalgia fetishism Daniels’ character closes with. But the overarching point is spot on.

If America was once great it was so for its vision.

The United States always fell short of the ideals it represented, but there was always this sense of striving, this underlying faith that at some point in the future we can and will achieve that “Shining City.” The leaders who most effectively espoused this vision, be it a liberal like Kennedy or a conservative like Reagan, were rewarded. When our leaders lost sight of or abandoned that vision, however, there were consequences. Americans turned against them.

It seems that America, from our leadership to our culture to our demos, has lost this sense of vision, this faith in a Shining City waiting somewhere on our path of progress.

If national leadership has one function in society it is to tell a unifying story that elaborates a greater vision of ourselves. The United States has more than 320 million people. These people are of diverse backgrounds, cultures, class status, religions, etc. Each will seek a vision from somewhere. If it is not a vision from the larger culture, it will come from reference groups, subcultures and countercultures. Individuals strive for that story that confirms that they are part of a greater whole.

As it stands, the only political movement in the United States with a coherent vision is the right.

But it’s an awful vision.

The right has been twisted by xenophobia, fear of “those people” invading their neighborhoods, taking their stuff and destroying their social position. They are primed to see conspiracies around every corner and have developed the paranoia requisite to the belief that dark, secret forces are in place to destroy everything that they love. Some evil “They” is coming to take their guns, to render them defenseless, then round them up into FEMA camps, close down their churches, give their jobs away.

So the right wing vision is one of walls and guns, a fortress mentality rising from a unifying discourse of the Barbarians at the Gates and a Manichaean contest of the good, real Americans versus Those People intent on destroying the American way of life. MS-13 rapists and murderers, socialists, anarchists, Muslims with their Sharia Law, terrorists, are ever present villains. Also culpable or the welfare queens and lazy immigrants sucking the system dry while hard working Americans starve. They must all be kicked out!

This may be an apocalyptic vision, but it is a vision nonetheless. Without an alternative, people will sign on to even the most awful vision. This is especially true when that vision corresponds with a story that helps explain very real insecurities, concerns and personal hardships. It’s no wonder that this particular vision plays well among an embattled working class standing perpetually on the brink economic ruin.

The left really has nothing to counteract this vision in any cohesive way. The left has largely surrendered its emphasis on class consciousness and is reduced to begging liberals to not cave to conservatives on cutting social safety nets and maybe we could have some health care, please sir.

And as for liberals and centrists, the best they can muster is, let’s just keep what we have…which is actually a conservative position. They’re totally lost.

So, to expand on Trae Crowder’s analogy I offer the following allegory.

The House is burning down around us.

The political right, represented largely by the Republican Party, is standing in the middle of the house, columns of fire all around, holding a blazing blowtorch and screaming, “THE SOCIALISTS! OBAMA! AOC! MS-13! MUSLIMS! BLM! ANTIFA! ANTIFA! ANTIFA!” “They’re coming for your guns!”

The left is running around with beach pails full of water trying desperately to put out the fires in their own particular corner of the house. They’re focusing on the smoldering sofa while the house is engulfed in flame.

While centrist liberals, represented largely by the Democratic Party1, are the most anemic of all. They are standing there, watching the blaze, explaining that what is needed is just less fire.

We’re in a pretty pathetic situation. Three things are certain.

The nation is on fire.

There is no greatness without a great vision.

Our current leadership doesn’t have a hose, or a vision.