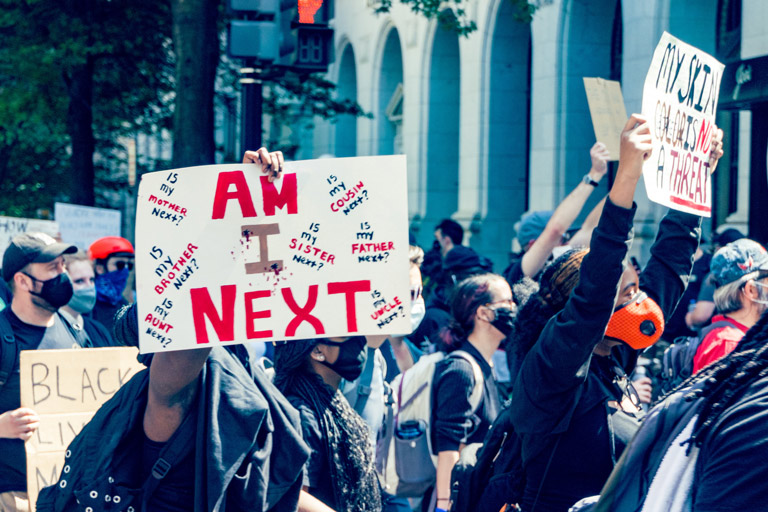 WHEN YOUR ARGUMENT CAN’T STAND AGAINST SCRUTINY, SILENCE THE SCRUTINY!

I had an interesting encounter the other day. As a Florida resident and a teacher, I have a special investment in this year’s gubernatorial race. It is, of course, clear to anyone reading this blog or visiting this page even for the first time that I am hostile to the current governor, Ron DeSantis. My politics does not necessarily align with Charlie Crist, but he has demonstrated support for teachers and public schools in the past, so he has my vote and support. Toward that end, I have a Charlie Crist for Governor sticker on my truck.

The county I live in is a painfully conservative district. It’s the heart of the Free State of DeSantis. Sometimes I think I see more Orangemanbaby flags than I do Old Glory. I don’t see a lot of Crist stickers or signs. My sticker must have touched a nerve because the other day, as I was driving home, a man pulled up beside my vehicle and started yelling at me and giving me the finger!

Um… We were driving. We weren’t even stopped at the light with an opportunity to chat.

Furthermore, this gentleman did not seem interested in conversation. It seemed very important to this fellow that he inform me that they were “taking our country back in two weeks!” “you got two weeks [Expletive]. We’re taking it back and you wanna vote for Crist!” [ Double middle finger ] [Expletive]. He pulled ahead then decided he wasn’t done. He slowed down to run next to me again and reminded me that they were ‘taking the country back’–because I might have forgotten and this was a really important detail.

So, why did this guy feel that it was so important to tell me that they (apparently he and his friends) were taking the country back? I mean, they’re not taking it back from me! I don’t have it. If I did, I’d probably give it to him voluntarily–or donate it to charity or something–because I don’t want it.

Did he think he was convincing me to change my vote…because I want to be just like him? Was he thinking that maybe we might pull over and have an earnest, intellectually stimulating conversation?

His goal was the same as any other acolyte of demagogic social movements–yes, left or right wing. His goal was to intimidate me into silence. He wanted me to drive home and rip that offending sticker from my window for fear of having yet another wacko yell at me while I’m just driving and listening to my Springsteen channel.

It’s the same strategy that was used against Alexandria Ocasio-Cortez last week during her town hall. She was there to talk to her constituents about matters important to the people in her district. Instead, she found herself deluged by conservative harassers shouting incessantly so nobody could be heard. Watching the video, it’s clear that though some people had some legitimate concerns that they wanted to discuss, the bulk of the noise was coming from people who had no interest in reasoned discourse or letting anybody be heard. I mean, you don’t show up at a town hall with drum unless the goal is to disrupt the meeting.

The endgame is twofold. First, don’t let Thosepeople be heard. The only legitimate discourse comes from the exclusive in-group. There can be no other truth. Secondly, encourage those people to hide so they cannot even be seen. Make sure they know that it is best for them to stay home and not show their faces. The world should be made threatening for Thosepeople.

This is the mindset behind the mobilization of so-called ballot box protectors and right-wing drop box vigilantes and armed poll watchers. Thosepeople should think twice before they show up to cast their ballot. Voters are actively and intentionally being threatened. Poll working in many areas has become an act of civic bravery. This is a multi-level attack to ensure that no voices critical to the political right can be expressed. Anyone who might hold such heretical views are intimidated into silence. Those who work to provide a fair process for hearing all voices must be driven off and replaced by acolytes. At the top, aspiring authoritarians like Arizona’s Kari Lake are openly stating that only Republican victories will be acknowledge as legitimate. Any other result must be discarded. Elections are among our most inclusive and sacred rituals of political expression. Among such authoritarian personalities, personal expression will not be tolerated unless it confirms their demagoguery.

Furthermore, this abusive behavior is in many places incorporated into our very laws. As a citizen of the Free State of DeSantis I have a front row seat to one of our nation’s most popular demagogic stage performances. A couple years ago, DeSantis signed into law the anti-protest bill HB1 that would make anyone attending a protest guilty of a felony should anyone at that protest resort to violence or vandalism. According to U.S. District Judge Mark Walker blocked the implementation of HB1 “Because it is unclear whether a person must share an intent to do violence and because it is unclear what it means to participate, the statute can plausibly be read to criminalize continuing to protest after violence occurs, even if the protestors are not involved in, and do not support, the violence…” The same legislation made it easier for someone to legally run a protestor down with their car. The message is clear. HB1, the first piece of legislation introduced by the Republican state legislature to demonstrate their priorities, was an example of legalized intimidation. When it comes time to protest authoritarianism…you’re better off staying home.

DeSantis I is the presumptive second fiddle to and fawning admirer of the Great Orange, a noted bully in his own right. To meet the approval of his beloved mentor and his Medieval following he has amassed an impressive track record of bullying during his term in office. My own school district has been prey to his bullying arm as well as his regressive legislation designed to ban books and silence established historical knowledge that is uncontroversial in any other academic setting. DeSantis’ hostility to gender non-conformity is now the national model for bigots from sea to shining sea. He’s bullied his own staff. He suspended a state prosecutor for not cow-towing to his bullying, anti-lgbtq+ agenda. He’s bullied Mickey Mouse. He’s bullied teenagers for wearing facemasks. Hell, he’s even bulleid the Special Olympics–I’m not one for using all-caps, but let me reiterate. THE MAN BULLIED THE SPECIAL OLYMPICS!

Recently, the DeSantis in Chief sicced his justice department against twenty ex-felons who voted illegally. This, despite the fact that Floridians had voted overwhelmingly to allow most convicts who had served their time to have their voting rights restored. In this case, the suspects who were arrested had been solicited to register and had been issued a voter ID card by the state. As far as they could tell, they were allowed to vote. One man asked while being stuffed into a police car, “why would you’ll let me vote if I wasn’t able to vote?”

Good question. One deserving of an answer.

The answer is simple. The confusion around these arrests is not a bug in the system. It’s a feature. Adding confusion into the legal process furthers the cause of voter intimidation. After all, just because I have a legal and valid voter ID, doesn’t mean I’m legally allowed to vote. I might as well just stay home this election.

Bullies have to do this because their actions are indefensible according to any norms of moral behavior. They cannot allow their victims, erstwhile or intended, to speak or to rally support lest they pull the veil from their victimizers and show them for what they are.

This is true for bullies at the individual and small group level. It is true for authoritarians at the state and national level. If a bully is given access to the ramparts of power, they will exercise this power according to their twisted personalities. They will gather a following of wannabe authoritarians who will see the actions of their dear leaders as vindication for their own petty bullying behavior. They will seek to mobilize bullies into organized mobs dedicated to preserving a system in which their power and privilege is uncontested by Thosepeople.

In other words, bullying at the interpersonal level aligns well with demagoguery–which further aligns with fascism.

Like any bully at any level, it is unlikely that they will stop victimizing others until they are dropped and stepped on like the squirmy nothings that they are. So my rather anadyne sticker will stay right where it is. We can’t water down our discourse for the sake of civility. If we are to confront the bullies through the power of reason, our words must land like fists on those who would silence us.

One thought on “Silencing, Abusiveness, and Political Discourse” 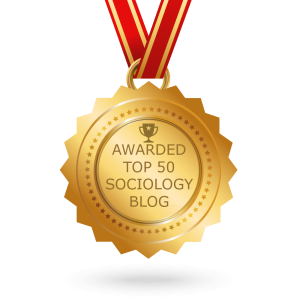