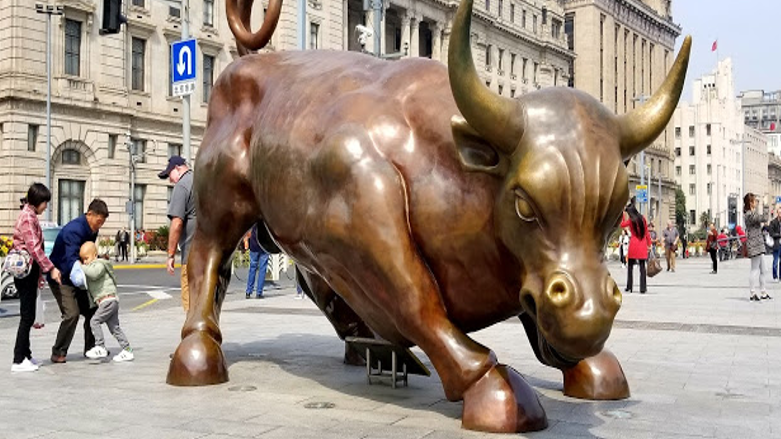 So, it turns out that my family and I visited China during a very special time. It shouldn’t have come as a surprise. I remember talking to my wife days before we left, discussing our anticipation of the trip. We were concerned that our tour may not be as advertised, but most of our fears about that were mitigated by extensive searches of online reviews. There were some almost tongue in cheek concerns about someone with my politics being approved for a visa, but we didn’t take that all too seriously. The Mad Sociologist Blog has been a growing presence online, but it’s not exactly TYT. No. The one concern that my wife and I had was that our President, the Orange Don, would do something stupid with regard to China before we could get home.

Sure enough, three days into the trip, we turn on CNN World, one of the few English language news sources we had access to, and heard the headlines. Donald Trump announced major tariffs on Chinese goods. Is the United States and China heading for a trade war?

My wife asked me what that meant for us, and the truth was that it really wasn’t too threatening. Worst case scenario for us was that a shifting of the exchange rates as a result of Trump’s announcement would cost us a few bucks when we exchanged our Renminbi back into dollars.

Then Xi Jinping announced that China would fight a trade war “to the end.”

Wait! What? What does that even mean? The end of what?

There was a certain amount of comfort in knowing that The Orange Don does not have the market cornered on bellicose, meaningless rhetoric–but he’s working on it, and he’s a winner. The Chinese chairman assured the world that the U.S. would surely lose a trade war with China. The Orange Don, however, wants the American public to know that trade wars are “easy to win.” Especially when one is armed with the Art of the Deal. Sun Tsu can suck it!

Okay, let’s bring the egos down a bit, folks.

Both leaders are talking about this potential trade war as if it were…well…a war war.

Like a real war, however, a trade war will cause suffering, almost exclusively among working people who will see their costs rise and their jobs become more unstable in a shifting market. Furthermore, the suffering would hit both Chinese and American workers and ordinary consumers, making life more difficult for everyone. And the benefits would still not trickle down to the people each leader pretends to represent.

Knowing this, the leadership of both nations must gird their people for conflict, to bear the burden of any potential hardship in traditional, stalwart Chinese/American ways. For Xi, fresh from his recent power grab, presenting a show of strength against the American Goliath is important. For the Orange Don, with low approval ratings, a revolving door among his staff, clear political ineptitude and a willingness to vote for a scam tax plan and spending bill that enriches his Mar-a-Lago cohort and plunges the nation into unprecedented debt were all straining his relationship with his base. He had to do something to rally the monsters, and a trade war is just the kind of bad idea to do it.

The bottom line is that neither leader really gives a damn for the everyday people of their respective nations. As heads of state, Xi and the Coifed Tangelo in the White House represent the interests of each nation’s elite. In this case, the elite consists of an investor class sitting in corporate boardrooms.¹ The lives of ordinary citizens are significant only as far as they are kept in the workplace and off of the streets. Governments, be they republics, monarchies, dynasties or dictatorships, only offer benefits to the common people, what I call the Demos, when they have to–and only as much as they are forced into conceding. 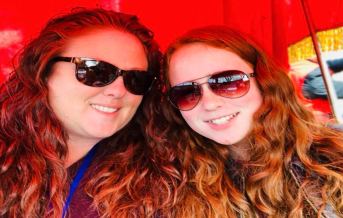 My wife and daughter. Two gingers in China

Though the mechanisms of state may be different between China and the United States, the functions of government remain the same. Pacify the Demos, empower the elite.

And that’s why Americans need to visit China as well as every other place with whom our nation might engage in conflict².  If our leadership doesn’t really care about us, it is incumbent upon the Demos of both nations to care about each other.

While in China, my family and I encountered a beautiful culture with some wonderful people. There were some interactions that were a bit difficult to get used to. My son is black and my wife and daughter are red-heads. In China, this made us quite the center of attention. In Beijing, this was a bit awkward as people would follow us around taking pictures as if we were celebrities. Young women would walk over to my rather introspective son and take selfies with him. Older women liked to touch and even pull strands of hair from my wife’s head³. For such a large city, the people there seem very rural in their mannerisms.

Regardless of these discomforts, the people in China were among the most pleasant I’ve ever encountered in my travels. At the Summer Palace, I saw older people with long brushes painting Chinese calligraphy with water on the slate walkways. Apparently, they

What I call “Water Writers” at the Summer Palace in Beijing. They gave me the opportunity to contribute to their art.

do this for exercise. Their characters eventually evaporate, of course, but while they remain the walkways glisten with beautifully crafted phrases painted in water. Furthermore, the people who do this seem to form a group. I’m not sure if they are a club in any formal sense, but they all know each other and readily interact.

At one point, when I realized that I did not know where the rest of my family was, I had to cross the path they were making with their writing. I didn’t want to disturb their work so I stepped carefully between the characters and leaped over the winding ribbon. I don’t know if they were responding to my consideration, but when I did this the water writers started chattering to each other with some excitement. Three of them surrounded me, handing me their brushes. One older gentleman with some knowledge of English asked me where I was from. When I told him he said something to an older woman who wrote a character on the slate. She then handed me her brush. I tried to refuse, but she was insistent. She wanted me to write on the slate. Reluctantly, I took the brush and tried to reproduce what she had written. My efforts met with approval. I was told that I wrote very well. There was even some clapping. I’m sure this was flattery, but it didn’t matter. It was all in good fun and I made some new friends I never knew I had.

While in China my family and I had the opportunity to have lunch in man’s home in the Hutong district of Beijing. The food was the best we had on the trip. We played hackie-sack with locals in the park. The park was dedicated to fitness and exercise. When my wife cooed over a gorgeous, cheeky baby being held by a woman keeping a vegetable stand in a Suzhou market, the mother got right up handed her baby over to my wife so she could play her. It made my wife’s day.

In China, we saw vibrant communities. Yes, we saw the typical, touristy stuff, we climbed the great wall and such. The greatest experience, however, was seeing parks full of people. In one park people gathered under an overhang and played mahjong, cards, chess and other games. Many of them brought their pet birds in little bamboo cages with them for good luck.

We experienced wonderful, working people who did everything they could to mitigate the language barriers in order to help us get what we needed. Despite the fact that we were clearly foreigners, we never felt excluded.

China is not its government. It’s not Mao’s Little Red Book. The people there are not our enemies. They are people like the artist I met at the Great Wall who sold us some ink work. He worked on a little bench in the back of a touristy coffee shop. In a building full of the same old trinkets that are ubiquitous in tourist locations, here was a guy doing authentic traditional inks.

These are the people who will be hurt by any kind of “war” our leaders trump up (yes, that was intentional). When you meet such people, you don’t want them to be hurt, any more than you want your own neighbors to be impacted. For the last forty years, the governments of both the United States and China have been actively betraying their people and the principles they claim to hold. Both nations have severed the social contract. In the United States, the state has betrayed principles of economic justice that were just beginning to evolve out of the New Deal and the Great Society. In China, there remains a tattered economic safety net but at the expense of personal liberty and a respect for human rights.

Furthermore, both countries have betrayed their people in the name of capitalist profit motive. Make no mistake, the People’s Republic of China is hardly a “people’s” republic. It may be governed by a self-proclaimed communist party, but it is a growing capitalist market with all of the inherent flaws. The people there are doing the best they can with what they have, just like deskilled and underemployed workers of the rust belt, the abandoned communities of Appalachia, and working people all over the United States. They are victims of the very same free trade principles and profit motivated markets.

Our leaders do not care how much we suffer in the name of their “trade” wars. They care only about protecting profits. Do not be fooled that there may be populist motives. Economists are right when they say that free trade creates much more wealth than does protectionism. The problem is not the tariff rate, but rather the fact that the wealth generated from the global economy is pushed into the vaults of the corporate elite. The problem is that globalism is being used as a tool to force working people in China to compete with working people from the United States despite the fact that our interests are aligned. Meaningless, populist rhetoric and “fight to the end” policies do nothing to advance the cause of working people.

For that, we have to develop a sense of mutuality with all of the exploited everywhere.

2 thoughts on “All Americans Should go to China”